Book Challenge: Ten-ish Books that Have Stayed with Me

Bewildered, I stared at my three Ikea bookshelves. An old friend had just challenged me to post 10 books that have touched me, stayed with me.

For some people it may be hard to pick ten.

For me it was hard to pick ONLY ten.

Over the past four years, I have worked as an English teacher. The four years before that, I studied literature. Eight years of reading, deconstructing, debating, writing.Essentially, books have been my business for a long time. This year I have accepted a new position teaching technology, so this blog post comes as my final nod to teaching English—for now, one never really knows.

In no particular order, here are TEN-ish BOOKS (plus honorable mentions) that have stayed with me, made me think or touched my soul: 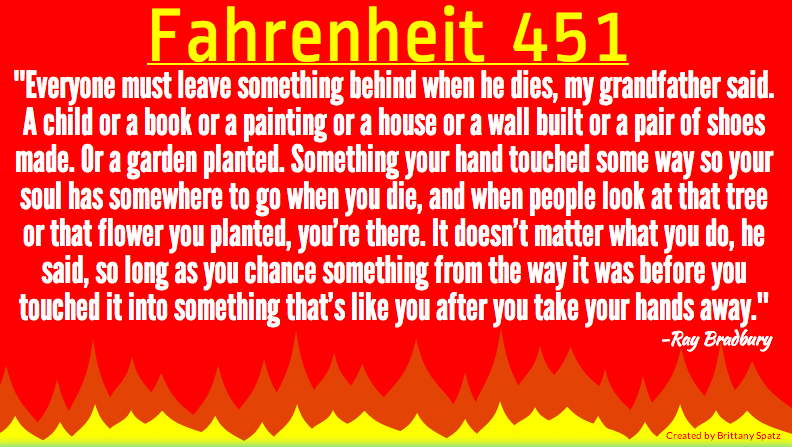 Honorable Mentions:
Life in Motion: My Story of Adversity and Grace by Misty Copeland
Everything by David Sedaris (especially Let's Explore Diabetes with Owls)
Walk Out Walk On: A Learning Journey into Communities Daring to Live the Future Now by Margaret Wheatley and Deborah Frieze

WANT TO GIVE IT A TRY?
Copy the following post and tag your friends. Then list your ten (or as many as you need to)!
"Book Challenge: In your status, list 10 books that have stayed with you in some way or hold meaning to you. Don't take too long and don't think too hard. They don't have to be the "right" books or great books of literature, just ones that have affected you in some way. Tag your friends, including me so I can see your list"
Posted by Brittany Slusarczyk at 11:42 AM No comments:

#Charity -- Lessons Learned from the #ALSicebucketchallenge

This summer the #ALSicebucketchallenge has swept social media. The basic concept--if you have chosen to live in a world without the internet, if that is even possible--is that a friend of yours nominates you to either dump a bucket of ice water on your head within 24 hours or donate $100 to the ALS association.

When I first heard about this "act of charity", I was appalled. The underlying tenant that has fueled this epidemic is simple:

I would rather dump freezing cold water on my head than donate to charity.

This whole thing had me pretty worked up--and by pretty worked up, I mean spouting long lists of why I don't think this thing has worth to my husband, who very patiently nodded his head.

First Things First, There are Two Components to Charity: Awareness and Action

Those invested in service work will tell you that there are two main components to their approach. Awareness is key. People must know in order to feel empathy. Most of us live in a state of ignorance, not always because we have chosen to, but sometimes because we have not been exposed to information or become actively curious about it. NGOs and non-profit organizations spend large amounts of their time and funding to get information out, recognizing that this is essential for any change.

The second half of charity is action. Helping those in need, providing money for research or funding. This is equally essential, for what difference does it make if we all know there is a problem if no one does anything about it.

Bringing us Back to the #ALSicebucketchallenge...

The #ALSicebucketchallenge definitely did not encourage awareness in and of itself. Many who completed the challenge are unable to identify what ALS stands for (amyotrophic lateral sclerosis), what the more colloquial name for it is (Lou Gehrig's Disease), or--most importantly--what happens to someone with ALS (What is ALS?).

The ice bucket challenge included an action, but the action has nothing to do with helping those with ALS.

Furthermore, in order for the video to become viral, people had to do something that PREVENTED them from taking action. Dump the water so that you don't have to give money and the thing will spread.

Thankfully, there have been two lights at the end of this bucket: Human Curiosity & Social Shame

Although the challenge did not include an awareness component, some people have taken it upon themselves to learn about ALS. Since the human brain is programmed to be naturally curious, many have visited The ALS Association's Webpage. A friend of mine who is in med school posted key information about ALS when she took the challenge. Others have mentioned family members who died after years of battling ALS. These stories have led to an increase in buzz about the disease, which seems to be leading to more awareness and action.

Finally, why social media made this happen: social shame. If you are nominated for the  #ALSicebucketchallenge, everyone knows it. It is forever posted to your wall, your newsfeed and--most immortally--the cloud. If you did not complete the challenge, everyone knew it. And the pressure was on to donate.

And that worked. As of August 18th, Time reported that over $15.6 million dollars has been donated to the organization. According to the same article, the organization raised only $50,000 in the same amount of time last year (Worland, 2014).

It is clear; there is action happening.

So, Why Do I Still Fear the #ALSicebucketchallenge?

Although there are two facets of charity, action and awareness, there is one more sublime component. One thing that governs service, separating it from mere motion, elevating it to the place where it changes us and our world.

The basic framework of the #ALSicebucketchallenge creates something that is about me when it should be about them. Many will argue that giving $100 is giving $100 dollars no matter the circumstances. They will say that the researchers won't know if that money was given essentially as a lost bet or if it was given from a place of concern, compassion and selflessness.

But for the sustainability of any service, intention matters.

Because the #ALSicebucketchallenge will fizzle, the ice will melt, and our attention will wane. But ALS will continue to plague our friends, our crazy uncles, our spouses.

If we are completing our acts of charity to contend with a fad or because we have an audience, service will be dependent on those elements. And what happens when ALS research has a huge breakthrough, but no social media stunt to regenerate attention and funding?

Posted by Brittany Slusarczyk at 3:34 PM No comments:

Our Mission at Active Handprint is to inspire actions that help to meet the basic needs of all human beings--to be fed, to be clothed, to have shelter, to be respected and to be safe.